• Objective 2. Legal education to develop a tolerant attitude towards PLHIV among the population and specialists, to reduce cases of stigma and prevent cases of discrimination against PLHIV.

Together with the key partner, the City AIDS Center, point №2 for providing free legal advice to PLHIV was organized on the territory of the center, information banners about the service and contact numbers of lawyers were placed. Item №1 was created by the NGO Ishonch va Hayot, an association of people living with HIV. The project was supported by the Republican AIDS Center.

During the project implementation period, 49 sessions were held in mahallas of the city of Tashkent. The sessions were attended by 1029 residents of mahallas. Participants at sessions in mahallas received information about the protection of the rights of people living with HIV and the availability of free legal assistance, improved their legal literacy in the field of HIV/AIDS.

Within the framework of the project, a booklet was developed with information on free legal consultations for PLHIV and brief information on legal issues in the field of HIV infection in Russian and Uzbek. 5,000 booklets have been printed and distributed to the public at sessions, offices and legal aid centres. 2510 booklets have already been distributed.

About partnership. The implementation of the project objectives became possible thanks to the building of sustainable relations between the partners of the NGO "Ishonch vaHayot" and khokimiyats in Tashkent and all districts of the city. Information letters were sent to the localities about the project and a request for cooperation and assistance (Ex. No. 9 dated 01/25/2021 and Ex. No. 47 dated 04/20/2021). Confirmation letters were received, meetings were held between project staff and key persons in district khokimiyats and the Ministry for Mahalla and Family Support.

To achieve the goal of the project, we are following the path of interaction with a number of key organizations. Letters of Support have been received from the Republican Service for Sanitary and Epidemiological Welfare and Public Health of the Republic of Uzbekistan, the city service. The City Department of Health of the Khokimiyat of Tashkent city, Khokimiyat of Tashkent city assist in achieving the goals of the project. We also received understanding and support from the secretariat of the Interdepartmental Expert Council.

As the project is being implemented, a stable network of partners is being built: representatives of the health service, the Tashkent City AIDS Center, executive authorities of district khokimiyats and representatives of the Ministry for Support of the Mahalla and Family, NANNOUz and partner NGOs in Tashkent. Such partnership is a good example of social partnership in solving state problems in the field of HIV/AIDS and legal education of the population. We plan to expand the search for sources of funding and sustainability of the project, for example, through the development of a partnership social contract. 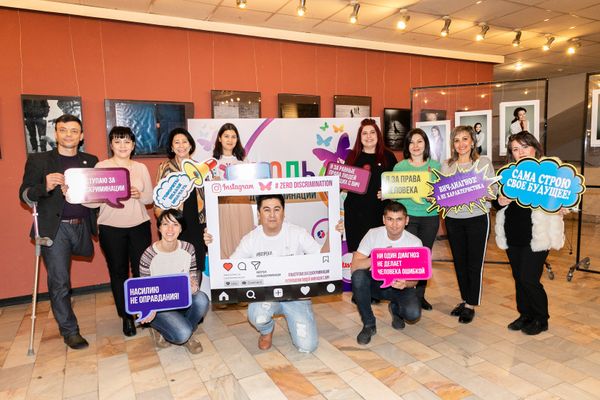 Improving the quality of life of women living with HIV Draw public attention to the problems caused by discrimination against women and girls, including women living with HIV. Provision of legal support to PLHIV accused of applying Article 113 of the Criminal Code of the Republic of Uzbekistan. “Knowingly putting at risk of infection